Part 2 of 3: Operator’s Health and Safety

Part 2 of 3: Operator’s Health and Safety

Coal workers’ pneumoconiosis, also known as black lung disease or black lung, is caused by long exposure to coal dust. It is common in coal miners and others who work with coal. It is similar to both Silicosis and Asbestosis from inhaling Silica and Asbestos dust. Inhaled mineral and coal dust progressively build up in the lungs and cannot be removed by the body; this leads to inflammation, fibrosis, and in worse cases, necrosis.

The particles are engulfed by resident alveolar or interstitial macrophages and remain in the lungs, residing in the connective tissue or pulmonary lymph nodes. Coal dust provides sufficient stimulus for the macrophage to release various products, including enzymes, cytokines, oxygen radicals, and fibroblast growth factors, which are important in the inflammation and fibrosis of Coal workers’ pneumoconiosis. Aggregations of carbon-laden macrophages can be visualized under a microscope as granular, black areas.

In serious cases, the lung may grossly appear black. These aggregations can cause inflammation and fibrosis, as well as the formation of nodular lesions within the lungs. Black lung is actually a set of conditions and until the 1950s, its dangers were not well understood. The prevailing view was that silicosis was very serious but it was solely caused by silica and not coal dust, this is incorrect!

Symptoms and pulmonary function testing relate to the degree of respiratory impairment but are not part of the diagnostic criteria. As noted above, the chest X-ray appearance for CWP can be virtually indistinguishable from silicosis. Chest CT, particularly high- resolution scanning (HRCT), is more sensitive than plain X-ray for detecting the small round opacities. Numerous news/media releases since late 2015 have reported the re-occurrence (“never wiped out” The Australian March 2016) of Black Lung Disease in the Australian Coal Industry and a few reports have stated that “around 16% of Queensland Coal Miners alone may have symptoms of miner’s pneumoconiosis according to the CFMEU” (ABC News March 2016).

Also reported in “the Conversation April 21st, 2016”, there were 25,000 deaths from Black Lung reported in the Global Burden of Disease Study 2013 (GBD 2013). However, what was not mentioned is that the same study/report also stated morbidity rates for other types of Particulate & Fibre exposure were far higher and NOT related to Coal Mining:

So how serious is the issue of Pneumoconiosis? Studies and reports are indicating that it is very serious indeed! As an example – reported in Reuters May 2016 up to 500,000
Metalliferous Miners in South Africa have successfully lodged a class action suit against
Gold Mining Companies (Metalliferous Mining) for the contraction of Silicosis, their current Class Action lawsuit regarding the issue of Airborne Particulate and Fibre Exposure in the Workplace has been ignored for so long that now it has finally come to the surface- which has wider ramifications across the world.

Work to investigate the relationship between respirable dust exposure and coal worker’s pneumoconiosis was carried out in Britain by the Institute of Occupational Medicine.
This research was known as the Pneumoconiosis Field Research (PFR). The research underpinned the recommendations for more stringent airborne dust standards in British coal mines and the PFR was ultimately used as the basis for many national dust standards around the world.

In the USA Federal Coal Mine Health and Safety Act of 1969, the US Congress set up standards to reduce dust and created the Black Lung Disability Trust. A miner who has spent 25 years in underground coal mines has a 5–10% risk of contracting the disease. After the Federal Coal Mine Health and Safety Act of 1969 became law in the United States, the percentage of American miners suffering from black lung disease decreased by about 90 percent. More recently, however, rates of the disease have been on the rise. The National Institute for Occupational Safety and Health (NIOSH) reported that close to 9 percent of miners with 25 years or more experience tested positive for black lung in 2005–2006, compared with 4 percent in the late 1990s.

New findings have shown that “Coal workers pneumoconiosis” can be a risk for surface coal miners, who are 48% of the workforce. Data from the Coal Workers’ Health Surveillance Program of NIOSH, which examined chest X-rays from more than 2,000 miners in 16 US states from 2010-2011, showed that 2% of miners with greater than one year of surface mining experience developed “Coal workers pneumoconiosis” and 0.5% of these miners had PMF. Most of these workers had never worked in an underground mine before surface mining. A high proportion of the X-rays suggested that these miners developed silicosis.

NIOSH, with support from the Mine Safety and Health Administration (MSHA), operates a Mobile Health Screening Program, which travels to mining regions around the United States. Miners who participate in the Program receive health evaluations once every
five years, at no cost to themselves. Chest x-rays can detect the early signs of and changes in CWP, often before the miner is aware of any lung problems.

On August 1, 2014, The USA’s Mine Safety & Health Administration “MSHA” introduced a landmark respirable dust rule that went into effect, adding numbers of increased protections for coal miners and closing several loopholes that masked their exposure to unhealthy coal mine dust. Respirable coal dust sampling results for the first year of the rule—containing those new protections—show that compliance is achievable and, most importantly, that the nation’s coal miners are now, more than ever before, better protected from the debilitating and deadly black lung disease.

The new rule of August 1, 2014, to lower the concentration of harmful respirable coal mine dust takes a comprehensive approach that includes increased real-time air sampling and immediate corrective action when excessive dust levels are found. It requires continuously maintaining the average concentration of respirable dust in a mine atmosphere during each shift to which each miner in the active working area is exposed at or below 2.0 milligrams of respirable dust per cubic meter of air (mg/m3).

On August 1, 2016, Phase III of MSHA’s respirable dust rule went into effect. The concentration limits for respirable coal mine dust are lowered from 2.0 milligrams of dust per cubic meter of air (mg/m3) to 1.5 mg/m3 at underground and surface coal mines. As documented in the Document “Occupational Exposure to Respirable Coal Mine Dust” by NIOSH, respirable dust exposures may be limited to 1.0 mg/m3 as a TWA concentration for up to 10 hours per day during a 40-hour workweek as measured according to existing MSHA methods.

Lowering the concentration of respirable mine dust in the air that miners breathe is the most effective means of preventing diseases caused by excessive exposure to such dust. There is a misconception that Cabins of Fixed and Mobile Plants provide protection- however, this is not true and Cabins are in most cases more concentrated with harmful contamination than the outside environment! Examples of Enclosed Cabins are for Mobile Plant are Earthmoving / Mining machines, Light Vehicles, Service Trucks, Drill Rigs, Cranes, and more. For Fixed Plants are Maintenance Offices and Crusher Cabins.

Whilst an Enclosed Cabin on Fixed / Mobile Plant provides some protection, there is a proliferation of field studies that depict that the internal Cabin Environment can be more harmful than external to the Cabin. These studies have been completed for
decades around the world by OH&S Regulators / Authorities, Universities, Industry, not only regarding Particulate / Fibre Exposure but also other Cabin Environmental factors such as CO2 Concentration (fatigue, drowsiness), Cabin Pressurization, Recirculation
Air Filtration, and more.

CO2 concentration (lack of External Air / Ventilation). If an HVAC system is operated on 100% Recirculation Air and/or if the External Filter is blocked then CO2 concentration will increase quickly (<5 minutes) which will cause sleepiness, loss of concentration/alertness, fatigue, and acidosis. 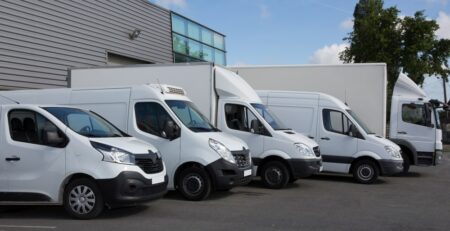 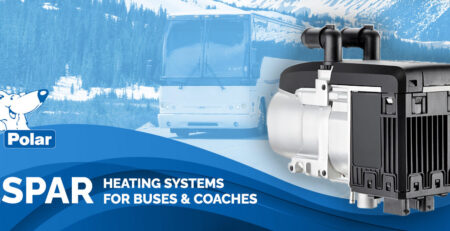 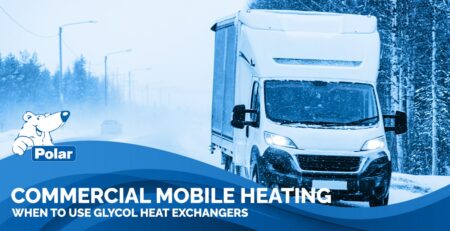 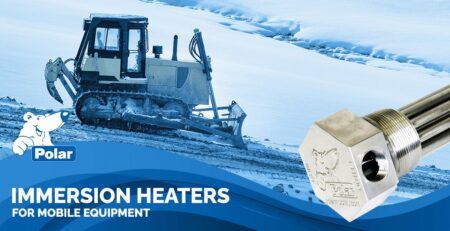 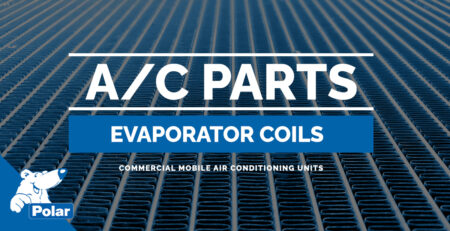 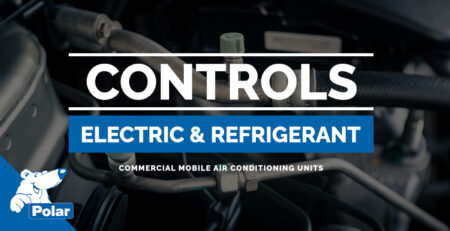 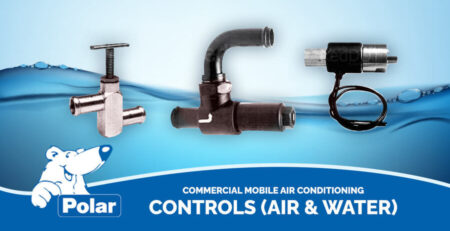 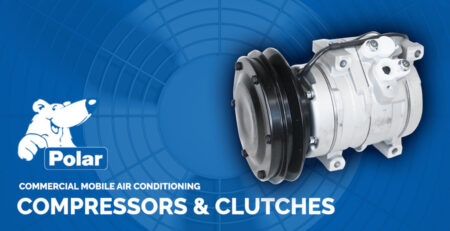